On Charles Dickens’s A Tale of Two Cities 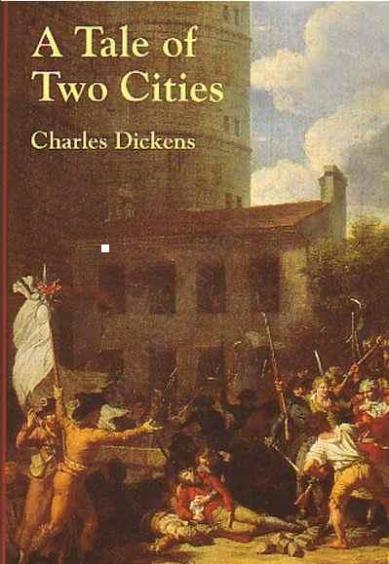 There is something about beautiful beginnings — they are a handy instrument availed by artful writers who advance by creating an instant tripartite connection between the reader, writer and story. The opening lines of Charles Dickens’s A tale of Two Cities achieve the very same purpose by immediately attracting the reader to the contrast that is noticed and noted by the writer throughout the novel in many things — Paris and England; aristocracy and peasantry; rebellion and madness. As is the case with most novels, Dickens’s characters evolve throughout the book but this evolution of characters denotes a constant change in theme and writer’s perception of situations rather than denoting a change in the characters themselves. The character of Madame Defarge, the novel’s antagonist, is a case in point. In part one and part two of the novel — Recalled to Life and The Golden Thread, respectively — Madame Defarge looms large as an inimitable and solid presence that renders conviction and belief to the cause of the peasants. However, in the final part of the book, the track of a storm, Madame Defarge takes over that ghastly face of revenge which expunges all the right causes of rebellion.

In his book Death Sentences, in which Steward devoted ample space to the theme of death and resurrection in Charles Dickens’s work, the writer observed,’‘Death in fiction is the fullest instance of form indexing content, is indeed the moment when content, comprising the imponderables of negation and vacancy, can be found dissolving to pure style. Death in narrative yields, by yielding to, sheer style.’  In Dickens’s Jerry Cruncher, I found an extremely interesting character: a resurrection man who exhumes corpses from graves to sell them to medical practitioners and who beats his wife to keep her from praying for his advantage. Jerry’s relationship with his son, who wants to follow in the foot-steps of his father, is also a source of constant amusement.  Dickens’s minor characters have small but important roles to play in his stories. However, they are important agents who well-describe the times  in which the story takes place.

The book pendulates between Paris and England and stares down at the entire expanse of French Revolution. Apart from being a narrative of two cities, it is also the story of a man’s unrequited love who unhesitatingly gave his life to save a life his love loved. A tale of two cities is the story of Sydney Carton, a bacchanal dipsomaniac who loves Lucie Manette but considers himself unworthy of her love. Lucie Manette is married to Charles Darnay, a French aristocrat who relinquishes his estate and rank in France for a simpler life in England. Charles Darnay is tried thrice during the length of the book. During his third and final trial, he is found guilty of treason and sentenced to death. Carton saves Darnay, who Lucie loves, by taking his place at the gullitone and in turn, keeps the promise he had made to Lucie while claiming his love for her,’O Miss Manette, when the little picture of a happy father’s face looks up in yours, when you see your own bright beauty springing up anew at your feet, think now and then that there is a man who would give his life, to keep a life you love beside you!’

Many believe that Charles Darnay and Sydney Carton are two characters that make up Charles Dickens. The fact that these characters share Dickens’s initials cannot be a total coincidence. However, when the question was put up to Dickens, he denied the claim blatantly. Dickens’s characters also provide us with a chance to understand the psychological mystery that surrounds every human being. Alexander Manette, one of the major characters in the book, turns into an obsessive shoemaker every time he is approached by an implacable and disturbing difficulty. His obsession is thus explained,’It is very hard to explain, consistently, the innermost workings of this poor man’s mind. He once yearned frightfully for that occupation, and it was so welcome when it came; no doubt it relieved his pain so much, by substituting the perplexity of the fingers for the perplexity of the brain, and by substituting, as he became more practiced, the ingenuity of hands for the ingenuity of mental torture; that he has never been to bear the thought of putting it quite out of his reach.’

Classics cannot be reviewed; classics should not be reviewed. They may only be discussed, reinterpreted and at best, be commented upon. To say Charles Dickens’s A tale of Two Cities is a good book is stupid; to say it is mandatory reading is senseless; to say Dickens has written a marvelous book is dopey. A tale of Two Cities is a beautiful book: this cannot be my opinion for this is a fact. So, I will end by saying if you haven’t still read this classic and if it is not on your to-be-read list, you are not a literature lover. 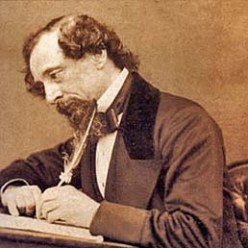